the alternate reality of pop surrealist artist Tim Biskup. And it's definitely a trip. Then, sculptor Chris Yates demonstrates how he makes a Diesel Sweeties wooden Red Robot from start to finish, slightly faster than normal.

A woman who is divorcing a rich Broadway executive is airing her grievances on YouTube.

ABC News is coming under intense criticism for its handling of Wednesday’s Democratic debate in Pennsylvania. During the first forty-five minutes of the debate, the moderators focused on Senator Barack Obama’s comments that some voters in Pennsylvania were bitter, the Rev. Jeremiah Wright controversy, Senator Hillary Clinton’s Bosnia “sniper fire” story, flag pins and the Weather Underground, before later turning to the issues. We play highlights of the debate

AMY GOODMAN: We begin today’s show with last night’s Democratic presidential debate between Senator Hillary Clinton and Senator Barack Obama. It took place in Philadelphia, their first debate in nearly two months, possibly their last of the campaign. Clinton is trailing Obama in both the popular vote and the delegate count. Even if she wins Tuesday’s Pennsylvania’s primary, she would need the backing of Democratic superdelegates to win the nomination.

Much of the debate’s first half had Senator Obama on the defensive. ABC News anchors Charlie Gibson and George Stephanopoulos confronted Obama about his former pastor, the Reverend Jeremiah Wright, and his alleged ties to a former member of the ’60s group the Weather Underground. Obama was even asked about the fact he doesn’t wear an American flag on his lapel. Obama was also pressed about his recent comments that disenfranchised Americans have turned to guns and religion. This was Senator Obama’s response.

In campaign news, ABC News is coming under intense criticism for its handling of last night’s Democratic debate in Pennsylvania. It was the last before next week’s primary. Media critic Greg Mitchell said it was “perhaps the most embarrassing performance by the media in a major presidential debate in years.” During the first forty-five minutes of the debate, the moderators focused on Obama’s comments that some voters in Pennsylvania were bitter, the Rev. Jeremiah Wright controversy, Clinton’s Bosnia “sniper fire” story, flag pins…and the Weather Underground. We’ll have more on the debate and play excerpts after headlines.

Groups Call for Rice to Resign Over Role in Approving Torture

A group of liberal advocacy groups have launched a campaign calling for the resignation of Secretary State Condoleezza Rice after ABC News revealed Rice personally oversaw meetings where top Bush administration officials selected specific torture techniques. As part of the campaign, a new TV ad has been produced by Brave New Films.

ACLU Uncovers New Details on US Torture in Afghanistan

Meanwhile, the American Civil Liberties Union has announced it has obtained documents from the Pentagon confirming the military’s use of unlawful interrogation methods on detainees held in US custody in Afghanistan. The documents include the first on-the-ground reports of torture in Gardez, Afghanistan to be publicly released.

Report: Netanyahu Says 9/11 Has Been Good for Israel

The Israeli newspaper Ma’ariv has reported that Israel’s former Prime Minister Benjamin Netanyahu has publicly said the September 11 attacks have been good for Israel. Netanyahu said, “We are benefiting from one thing, and that is the attack on the Twin Towers and Pentagon, and the American struggle in Iraq." Netanyahu then reportedly said that these events “swung American public opinion in our favor.” Netanyahu’s comments came during a conference at Bar Ilan University.

In the weeks since Dr. Schaaf’s surprising pronouncement was made public, “The Leaf,” originally thought to have been made around 1839 or later, has become the talk of the photo-historical world.

An Image Is a Mystery for Photo Detectives

The phone call was routine, the kind often made before big auctions. Sotheby’s was preparing to sell a striking rust-brown image of a leaf on paper, long thought to have been made by William Henry Fox Talbot, one of the inventors of photography. So the auction house contacted a Baltimore historian considered to be the world’s leading Talbot expert and asked if he could grace the sale’s catalog with any interesting scholarly details about the print — known as a photogenic drawing, a crude precursor to the photograph.

“I got back to them and said, ‘Well, the first thing I would say is that this was not made by Talbot,’ ” the historian, Larry J. Schaaf, recalled in a recent interview.

“That was not what they were expecting to hear, to say the least.”

Mao, flanked by the Dalai Lama, right, and the Panchen Lama in Beijing. Their meeting took place in 1956, when an increasing number of Tibetans were beginning to resist Chinese rule. 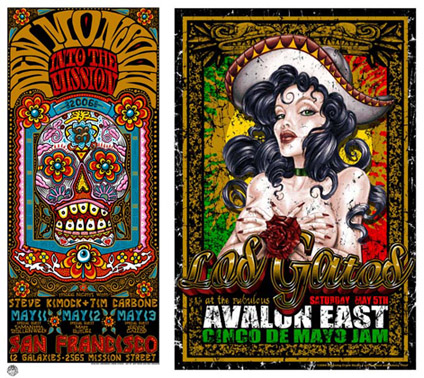 NEXT MONTH, Israel will celebrate its 60th anniversary. The government is working feverishly to make this day into an occasion of joy and jubilation. While serious problems are crying out for funds, some 40 million dollars have been allocated to this aim.

Bur the nation is in no mood for celebrations. It is gloomy.