WASHINGTON, Mar 18 (IPS) - Devastation on the ground and largely held Iraqi opinion contradicts claims by U.S. officials that the situation in Iraq has improved towards the fifth anniversary of the invasion Mar. 19.

U.S. Vice-President Dick Cheney, during a surprise visit to Iraq on Monday declared the 2003 U.S.-led invasion of Iraq a "successful endeavour".

By JIM McCANN; As told to PATRICIA R. OLSEN

MY father was a painting contractor who ran the business out of my grandmother’s house. His father died when Dad was 19, and my grandmother had to continue the business. For a long time she made believe that my father was running it, but we all knew it was she, in the background.

Every morning, the Sealtest milkman would knock twice on the door and come in. He always knew what was happening in the neighborhood.

It was a great day when my grandmother sprang for the French crullers he carried, my favorite, but we couldn’t always afford them. I’m sure she wouldn’t have bought a third of the things she did if she had to go to the store. It was all about the rapport the milkman had established.

Chris M. -->  posted a pimp for your books in this thread:

The photographer Philip Jones Griffiths captures the scene of an American soldier offering water to a severely wounded Vietcong fighter in 1968. More Photos >

Philip Jones Griffiths, a crusading photojournalist whose pictures of civilian casualties and suffering were among the defining images of the war in Vietnam, died on Wednesday at his home in London. He was 72.

The cause was cancer, said Richard Hughes, an actor and activist who befriended Mr. Griffiths in Vietnam.

The book that grew out of Mr. Griffiths’s reporting there, “Vietnam Inc.,” is considered a classic, and its publication in 1971 helped turn public opinion against the war. Its harrowing pictures — of a blackened burn victim, a thin woman’s body splattered with blood, a South Vietnamese boy in soldier’s fatigues, his head tiny beneath a huge helmet — were the kind not often seen in newspapers. And Mr. Griffiths, a pacifist passionately opposed to the war, never considered himself a traditional war photographer.

“I saw myself as producing a historical document,” he said in a 2002 interview on the Web site Musarium.com, adding: “Journalists should be by their very nature anarchists, people who want to point out things that are not generally approved of.”

Vice President Cheney's former chief of staff, I. Lewis "Scooter" Libby, was disbarred today by a District of Columbia court that ruled that his convictions last year for perjury and obstructing justice in a White House leak investigation disqualify him from practicing law.

Under the ruling by the D.C. Court of Appeals, Libby will lose his license to practice or appear in court in Washington until at least 2012. As is standard custom, he also would lose any bar membership he might hold in any other states.

Sen. John McCain: “We all appreciate the fact that events in the Middle East are not disconnected and what happens in Iraq, what happens affects events in Israel, the West Bank and Gaza and even throughout the region. So I’m happy to report to you that there has been success in Iraq even though it is certainly not completed, al Qaeda is on the run, they are not defeated but we have seen a significant turnaround and success as a result of the new
strategy.”

Carry On The Scandal Quiz

Which politician misbehaved in the back seat of a limousine in Zaire? 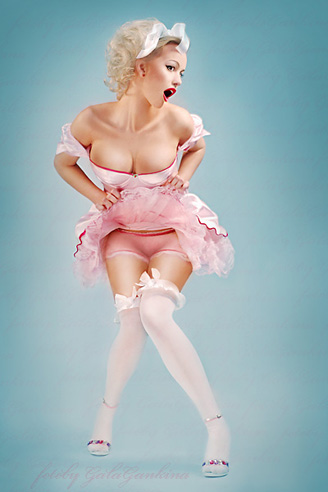 An Excerpt from “Dandy in the Underworld” (harpercollins.com)

Sebastian Horsley, a British author who has written an eyebrow-raising memoir detailing a life of rampant drug use and voluminous encounters with prostitutes, was turned back at Newark Liberty International Airport on Tuesday as he tried to enter the United States for a book party and New York news media tour.