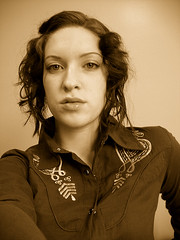 When you spend more on a couple of haircuts than Burundi’s per capita G.D.P. , it looks so vain it makes Paul Wolfowitz’s ablutions spitting on his comb look like rugged individualism.

Whether or not the country is ready to elect a woman president or a black president, it’s definitely not ready for a metrosexual in chief.

In presidential politics, it’s all but impossible to put the man into manicure. Be sensitive, but not soft. Effete is never effective. Not much has changed since George H. W. Bush drove his New Hampshire campaign off the road by requesting “a splash” more coffee at a truck stop.

John Kerry sank himself by windsurfing in spandex and ordering a cheese steak in Philly with Swiss instead of Cheez Whiz.

Obviously, there’s a lot of waste in political campaigns. But you don’t have to be as flinty as Mitt Romney — who has made his staff triple up at cheap hotels — to know there’s something special about throwing away money on vanity.

All the haircuts in the world may not save John Edwards from a blowout.

Workers for Transport of London, the government body responsible for the city’s transport systems, have painted over a mural by Banksy, the celebrated graffiti artist, BBC News reported yesterday. The work, right, near the Old Street underground station, was taken from the film “Pulp Fiction” but showed the actors Samuel L. Jackson and John Travolta clutching bananas rather than guns. It was one of Banksy’s best-known efforts, estimated by some to be worth £300,000 ($601,000). “People used to come from all over to see it and photograph it,” said a barber who works nearby. “Whoever destroyed it is an idiot,” he added. In March most of a Banksy mural in East London was stolen, and an early work was mistakenly painted over in the city of Bristol by graffiti-removal contractors. In February two smaller works in London were also painted over. Transport for London is committed to removing graffiti, a spokesman said, because it creates a “general atmosphere of neglect and social decay which in turn encourages crime.” He added that “our graffiti-removal teams are staffed by professional cleaners, not professional art critics.” In the meantime, someone has painted the words “Come Back” on the wall once beloved for its Banksy.

The brutal youth cult fascinated Knight in his teens, and the fascination continues. “It’s the uniform I’ve built for myself,” says Knight, one of the world’s most celebrated fashion photographers. “I know what I like,” he adds firmly, “and I tend to be obsessive about it.”


A lean, taut figure with a boyish tuft of brown hair, Knight, 48, is not nearly as rigid when he turns his professional eye on fashion

Afternoon of the Sex Children,Stanley Kubrick was more prescient than even he suspected when he ended his sci-fi fantasy “2001: A Space Odysseyhe sex child in our entertainment culture,” he writes, “are often 18 to 21 — legal adults. The root of their significance is that their sexual value points backward, to the status of the child, and not forward to the adult.Android Beauties

*To print this page, select "Print" from the File menu of your browser*

*Not only did the World Bank president find his companion Shaha Ali Riza
a cushy job in the State Department, but she received a security
clearance -- unprecedented for a foreign national.*

Apr. 19, 2007 | Paul Wolfowitz's tenure as president of the World Bank
has turned into yet another case study of neoconservative government in
action. It bears resemblance to the military planning for the invasion
of Iraq, during which Wolfowitz, as deputy secretary of defense,
arrogantly humiliated Army chief of staff Eric Shinseki for suggesting
that the U.S. force level was inadequate. It has similarities to the
twisting of intelligence used to justify the war, in which Wolfowitz
oversaw the construction of a parallel operation within the Pentagon,
the Office of Special Plans, to shunt disinformation directly to the
White House, without its being vetted by CIA analysts, about Saddam
Hussein's alleged ties to al-Qaida and his weapons of mass destruction,
and sought to fire Mohamed ElBaradei, director of the United Nations'
<http://dir.salon.com/topics/united_nations/> International Atomic
Energy Agency, for factually reporting before the invasion that Saddam
had not revived his nuclear weapons program. Wolfowitz's regime also
uncannily looks like the occupation of Iraq run by the Coalition
Provisional Authority, from which Wolfowitz blackballed State Department
professionals -- instead staffing it with inexperienced ideologues --
and to whom Wolfowitz sent daily orders.
( Collapse )

Transmitted below is an op-ed article by the national chairperson of the
Ireland-Palestine Solidarity Campaign which has been published in HA'ARETZ.

It would be unlikely to find publishers in the mainstream American press.


In the late 19th century, changes in Ottoman law created a new class of
large landholders, including the Sursuq family from Beirut, which acquired
large tracts in northern Palestine. A similar situation had long existed in
Ireland, where most land was controlled by absentee landlords, many of whom
lived in Britain.

The 1880s, however, initiated dynamics that led the two lands in different
directions. In 1882, the first Zionist immigrants arrived in Palestine,
starting a process that subsequently led to the eviction of indigenous
tenant farmers, when magnates like the Sursuqs pulled the land from under
their feet, selling it to the Jewish National Fund.

In contrast, in 1880, Irish tenant farmers started a process that turned
them into owner-occupiers. A former British army officer played a role in
this drama, which introduced his name as a new word into many languages.

Western Ireland was again suffering near-famine conditions. The potato crop
had failed for the third successive year. Captain Charles Cunningham
Boycott, agent for Lord Erne, the absentee landlord of an estate in County
Mayo, refused the request of tenants for a rent reduction and, instead, in
September 1880, obtained eviction notices against 11 of them for failure to
pay their rent.