Joe Francis in custody
Joe Francis, 34, is shown after he surrendered in Panama City, Fla., on April 10. Francis, the multi-millionaire founder of Girls Gone Wild films, was arrested on contempt of court charges after lawyers for seven women complained he shouted obscenities and threatened them during civil suit settlement negotiations.
(AP/Bay County Sheriff's Office

he and his girlfriend were driving to an Alcoholics Anonymous meeting Wednesday evening when police pulled over his 1968 Dodge van for a broken taillight.

The drummer is jailed in O.C. because his bottle of cleanser allegedly contained a drug. The manufacturer joins the fight.
By Roy Rivenburg
Times Staff Writer

Was a legendary punk rocker arrested for possession of … soap?

Bolles, 50, whose real name is Jimmy Michael Giorsetti, said in an interview that he and his girlfriend were driving to an Alcoholics Anonymous meeting Wednesday evening when police pulled over his 1968 Dodge van for a broken taillight.

While Canadian-born superstar Avril Lavigne was recording the chorus of her latest hit, "Girlfriend," in eight languages last month, she also was talking L.A. real estate. Lavigne and her husband, Sum 41 frontman Deryck Whibley, have bought a Bel-Air home for about $9.5 million.

Lavigne, 22, wanted to build a home but settled on buying one that was fairly new with substantial upgrades. The three-story house behind gates has eight bedrooms and 10 1/2 bathrooms in 12,000 square feet. The Tuscan-style residence, on an acre, also has an elevator, an office, a state-of-the-art kitchen, a steam shower, a sauna, a pool, a spa and garage space for 10 cars.

Lavigne's move to court international fans is being studied by other artists as record sales in North America continue to decline, Billboard magazine reported. The pop-punk star initially targeted her fans in Asia, where she makes 30% to 40% of her global album sales.

Lavigne, who released her debut album, "Let's Go," in 2002, is scheduled to appear as the musical guest next weekend on "Saturday Night Live." Her third album, "The Best Damn Thing," is due out April 17.

Free audio of Gaiman's Hugo-nominated "How to Talk to Girls..."

Chris sez, "Neil Gaiman has a free audio version of 'How to Talk to girls at Parties' available on his website. The Hugo nominated story can be downloaded as a whole or in four parts." This is a damned good story and a fine reading. Gaiman is one of the best readers in the field. Link Coral Cache Mirror (Thanks, Chris!) 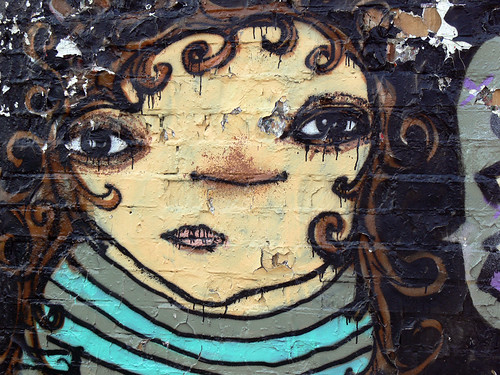 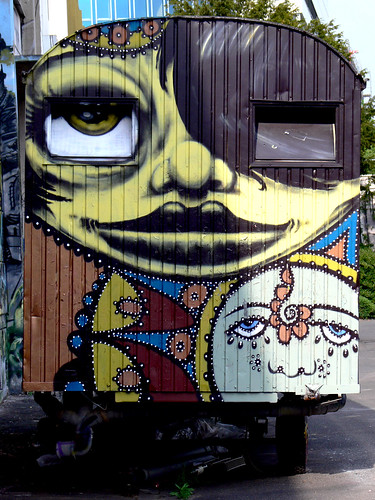 why the phone went dead

The 76-year-old actor was charged Dec. 4 after a crash on Hardscrabble Road in North Salem, a suburb about 60 miles north of New York City. Torn, who lives in Lakeville, Conn., had lost control of his sedan and struck a tractor-trailer.

Torn refused a sobriety test and was charged with DWI, state police said.

West Africa: a couple of posts from the road. 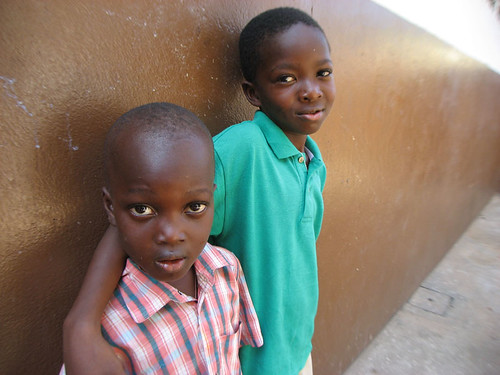 Excerpts from two quick blog posts from the road. I'm here in West Africa for a while.

(1) Africa is a continent, not a crisis.

I read those words on an African blog before I took off from the US, and I've been thinking about them everywhere I go here. Good words for any visiting American to remember. I lost the link and attribution, like an idiot, but I'll post it later when I find it.

Before I left, I was pretty ignorant about Africa. So I asked others who had closer ties for advice, and most importantly, their favorite RSS feeds.

I've found that regional blogs really are one of the best ways to learn about the world, and that is definitely the case here. Some of the blogs I've read voraciously over the last month -- and will continue to after I return -- are Africa Unchained, Emeka Okafor's Timbuktu Chronicles, Global Voices, and the terrific but not frequently updated Afrigadget. Ethan Zuckerman was generous with insight on Ghana, and other geek friends pointed me to some really interesting things in the region.

(2) Visit to the Temple of the Pythons, in Ouidah, Benin. 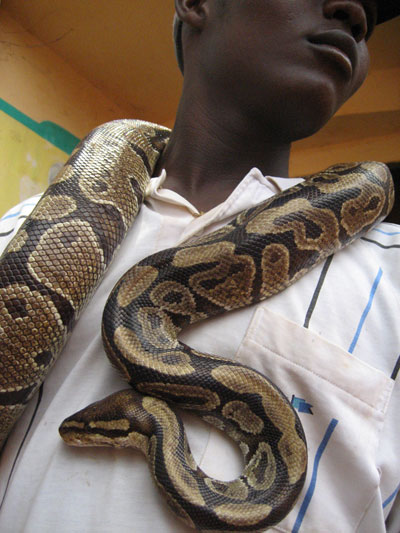 The Daddy Party, sick with desire for a daddy, is like a lost child. John McCain, handcuffed to the Surge, announced yesterday he has the support of Henry Kissinger. Why not just drink poison? As the Boston Globe columnist Joan Vennochi slyly said, “Leave it to Mitt Romney to shoot himself in the foot with a gun he doesn’t own.”

Daddies in a Panic, and Mommy, Too

The mind reels at the mind.

The Times’s science section devoted itself yesterday to the topic of Desire, the myriad ways in which the human mind causes the body to get turned on.

It now seems that instead of desire leading to arousal, as researchers once believed, arousal may lead to desire.

The brain, as D. H. Lawrence once wrote, is a most important sexual organ, and men and women have extremely varied responses to sexual stimuli.

The Answer is Spiritual not Chemical - Chris Keeley  --

When the Cure Is Not Worth the Cost
By MAIA SZALAVITZ

ON its face, providing equal coverage for mental and physical illnesses sounds like a good idea, something only a managed-care bean counter could oppose. To that end, Representatives Jim Ramstad, Republican of Minnesota, and Patrick Kennedy, Democrat of Rhode Island, have introduced the Paul Wellstone Mental Health and Addiction Equity Act.

Named for the senator who was long an advocate for mental health “parity,” it would require that private insurers pay for as much treatment for mental illnesses and addiction as they do for physical illnesses.

Senators Ted Kennedy, Democrat of Massachusetts, and Pete Domenici, Republican of New Mexico, have introduced a similar bill in the Senate. President Bush has said he will sign the legislation if it passes.

Larry Clark is the author of four extremely rare and hugely influential photography books: Tulsa (Lustrum Press, 1971), Teenage Lust (self-published with Lustrum Press, 1983), 1992 (Thea Westreich and Gisela Capitain, 1992), and The Perfect Childhood (Scalo, 1993). His work is in the permanent collections of The Museum of Modern Art, The Whitney Museum of American Art, The Guggenheim Museum, all in New York, and The Museum of Contemporary Art, Los Angeles.

The design for a yacht that will be offered by YachtPlus through its fractional ownership program.

Mr. Verstraete said eight shares would be sold for $2 million each in each of the company’s 40-meter, or 132 foot, yachts, covering five weeks of use per year. Charters to others will be offered during any unused weeks, with the owners receiving the revenue.

So far, YachtPlus has sold the 32 fractions for the first four boats, he said. Mr. Verstraete said that, generally, the buyers were what he calls the “emancipated wealthy” — hedge fund managers and private equity fund managers who can take more time away from the office. He said most were Europeans, with a sprinkling of Americans.

Two of the boats, which are being built in the Cantieri Navali Rodriquez shipyard in La Spezia, Italy, are expected to be ready next summer, with another one finished every four months after that.

Sydney, NSW, Australia: "New Education Department boss Michael Coutts-Trotter remains defiant today over his drug past, saying he should not be 'pre-judged'.

"Former Labor staffer Mr Coutts-Trotter has faced a barrage of criticism after being appointed director-general of the department despite being a heroin addict during the 1980s and spending nearly three years in jail for conspiracy to import narcotics.

"But he defended his appointment, saying: 'I think my life shows that redemption is possible, that a terrible and criminal mistake, serious as it was, can be paid for and you can move on from it.

"'If this publicity about my background does anything I hope that it reassures people like my mother, or people like me, that change is possible, that there is reason to hope.'"
Sydney Morning Herald

"The new Opposition education spokesman, Andrew Stoner, said Mr Coutts-Trotter's criminal past as a convicted drug dealer would worry parents and he should not be allowed to run the Education Department."
SMH
Collapse