A message from Ray Close.

(1)  From an article in the 11/30/06 Washington Post about Condi Rice's
planned talks with Palestinian leaders today:

The renewed emphasis on Middle East peace marks a shift for the Bush
administration. Before the U.S. invasion of Iraq in 2003, some
neoconservatives predicted that the fall of Saddam Hussein and the
establishment of an Iraqi democracy would help foster peace in the
Middle East, arguing that in effect the road to Jerusalem traveled
through Baghdad. Now, experts say, the administration is acknowledging
that the path toward stabilizing Baghdad leads through Jerusalem.
A senior State Department official, briefing reporters Wednesday
night, said he felt uncomfortable with the nostrum that solving the
Israeli-Palestinian crisis could be achieved by toppling Hussein - and
with the idea that the plights of Iraq and the Palestinians were still
linked. “I don’t like the idea of lumping these things together,” he
said on condition of anonymity under ground rules set by the State
Department.
Still, the official acknowledged that there was a “core of moderate
Arab support” for action on the Israeli-Palestinian front and that the
administration was trying to exploit that.

A record 7 million people -- one in every 32 U.S. adults -- were behind bars, on probation or on parole by the end of last year, a Justice Department report released yesterday shows.

Of those, 2.2 million were in prison or jail, an increase of 2.7 percent over the previous year, according to the report. 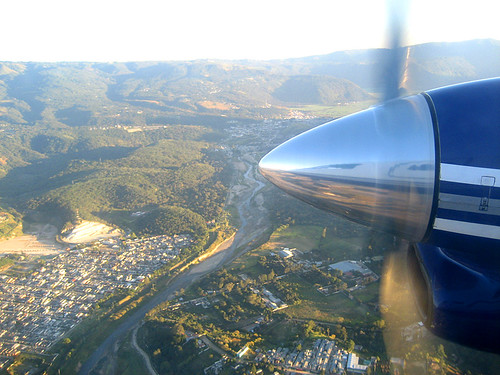 A quick roundup of posts published to xeni.net/trek, while the electricity holds out. Howdy from what's probably the only internet connection in this part of the Petén jungle. I'm traveling in Guatemala for a month, working on a series of stories in various places here, and maintaining an online journal with quick notes (and video and photos) from the road. 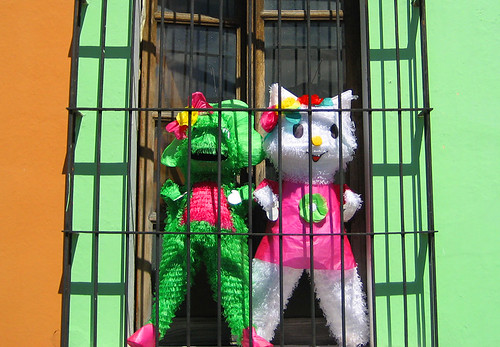 * Chicken Bus of the Sky

Sex Abuse of Girls Is Stubborn Scourge in Africa

SAMBAVA, Madagascar — Thirty miles outside this down-at-the-heels seaside town, Justin Betombo tends his vanilla plants and cheers the local soccer team as if he had not a care in the world. And in fact, what was once his greatest worry has been almost magically lifted from his shoulders.

This is a very long article, but worth reading if you have the patience.
Otherwise delete.

The Once and Future Kissinger
As another failed war threatens to tarnish his legacy, Henry Kissinger
attempts to clarify his record—by evading, skirting, stretching,
hedging, and stonewalling like the diplomatic master he is.


The elevator doors open onto Henry Kissinger's offices to reveal a
bulletproof bank teller's window. The carpets are worn, the walls in
need of fresh paint, the wing chairs stained by the hands of a
thousand waiting dignitaries. In a corner sits a large planter holding
the dried stumps of a long-dead bamboo tree. A Ronald Reagan
commemorative album and a picture book of Israel collect dust on a
shelf next to a replica of an ancient Greek bust with a missing nose.
Across from Kissinger's door his hundreds of contacts—presidents,
prime ministers, diplomats, and corporate titans—are catalogued in
eight flywheel Rolodexes on his secretary's desk.

Girlfriend O.D'd and Mother Committed Suicide during the same month he got out of Jail